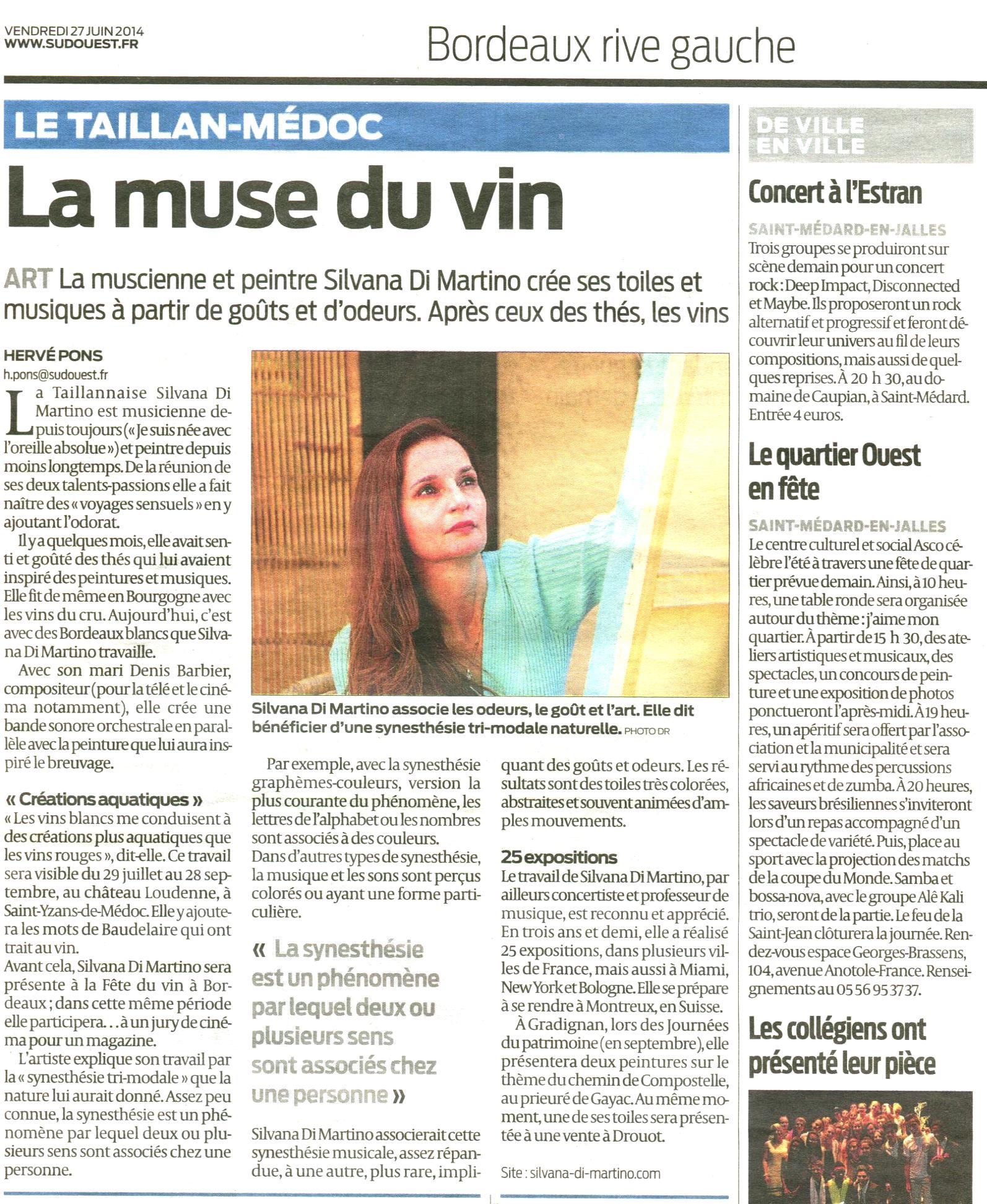 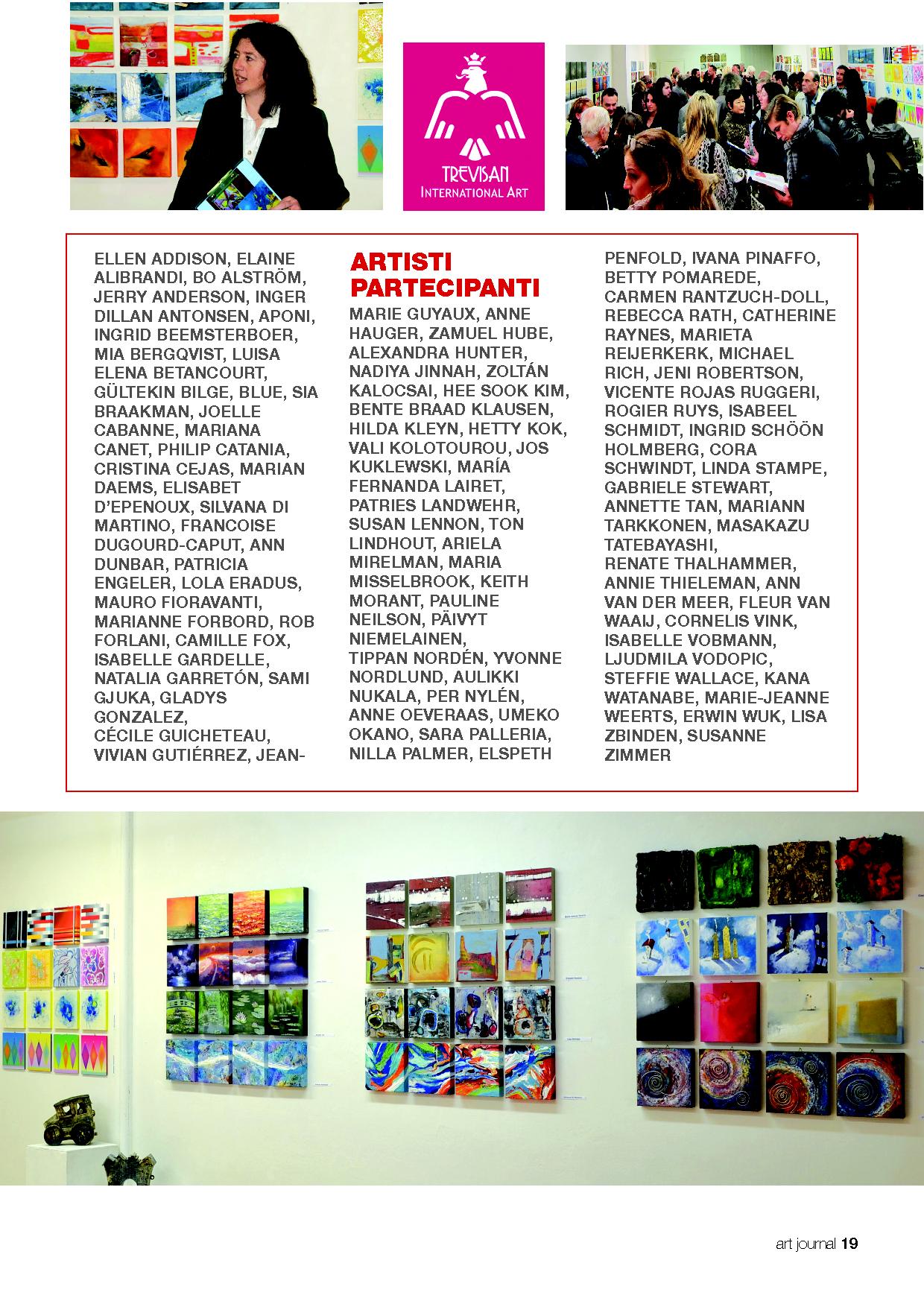 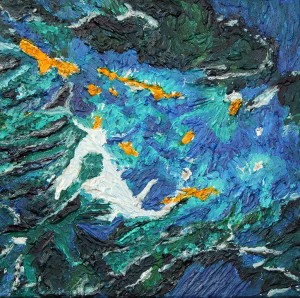 There is a strong rhythm and movement in Silvana Di Martino’s paintings. Expressed in thick, full brushstrokes, this sense of kinetic energy carries us into the image, so that we are swept away by the intense, vibrant colors. Di Martino includes a variety of textures in her canvases, making her distinctive palette come alive. She says that many of her hues, especially the blues she employs, are influenced by the colors used by Renaissance painters. Referencing all the wonder of nature, from flowing lava to sun, wind and the lights of the Aurora Borealis, these works reflect both our own universe and a marvelous unknown world.

Perhaps the strongest influence in Di Martino’s work comes from music. For much of her life she has been a concert pianist, and the musician’s need to be in the moment finds expression in the freedom and spontaneity of her art. “I paint on the spur of the moment,” she says, “never stopping my artwork till it is finished.” That ability to combine a spur-of-the-moment feel with a precise eye for composition and color makes Di Martino’s work unique.

My own tastes in painting are widely spread, as in music, and allow me to find out stylistic inner relations.
As student pianist, I had the opportunity to live together with a blind pianist women, as young as me, who was able to feel the colours with her hands. She invited me to try to play piano in the dark to feel the sounds better and to get a better piano interpretation of the classics.
So then I  began to see colours during I played music. And now, it’s the same, when I hear music, I see colours, that I lay on the canvass in the same movement… when I was a little girl of five years old, I said to the music teachers that the notes played on the piano « murmured me their names »… when somebody played them for a musical dictation, or a blind test !
I had (and I have) the absolute pitch and, may be, that’s why I see forms and colours when I’m listening to the sounds of music, according to the minor or major harmonies, according to colours of chords and melodies…
In an other way, my studies in university was about the bridges between Arts, particulary between music and painting : Kandiski for instance, was able to see colours and graphics as he heard music. But it’s not the only thing that music help me to make paintings artworks. By studying the great Masters’s musicworks of all periods, Bach,Chopin, Rachmaninov, Mozart and Bartok, and so on, I learnt also how they built their works. The proportions, climax, crescendo, orchestrations, all things we can find also in the way to built a painting work.

Because of my instictive manner, I paint on the spur of the moment, never stopping my artwork till it is finished. I let my brush act, supported by the music in my headphones and driven by something I don’t know… Music is an inspiration and an incentive to painting.

By the way, the sensation given by playing a concert on a stage, in front of an attentive public is a very sensual excitement. It is the same sensation when I am painting, like a storm in my head and in my heart.

Working on the rhythm in music  has brought me very much in the rhythm of graphic construction of my artworks.

I can see myself as a child in my room listening to all sorts of music ( from Rachmaninov to Barbara Streisand), and above all immersing myself, fascinated for hours on end into books on painting, from Monet to Turner, Picasso, Van gogh, Rembrant and so on.
Painting, and music, together, have always been my travelling companions.